The University of Minnesota women's soccer team earned a share of the Big Ten regular season title after recording a decisive 6-0 win over Maryland on Wednesday night at the Elizabeth Lyle Robbie Stadium.

A big cross from Stiever to one of her teammates earned the first goal for the Gophers early in the fifth minute of play.

"This win is amazing, there's no other way to describe it," co-captain Josee Stiever said. "We've been looking forward to this, we've worked for it, it means the world to us. We were all aware of the opportunity in front of us and we were ready to seize the moment."

Minnesota finished the regular season with a 13-3-3 record, 7-1-3 in conference play. Penn State and Northwestern also posted 7-1-3 records in Big Ten action to split the title. It was the first time there was a three-way split in conference women's soccer history.

The Gophers will have another opportunity to play at the Robbie as they've qualified as the No. 1 seed for the 2016 Big Ten Women's Soccer Tournament. The Gophers will host Indiana in the Quarterfinals this Sunday, Oct. 30 with kickoff set for 2 p.m. CT. 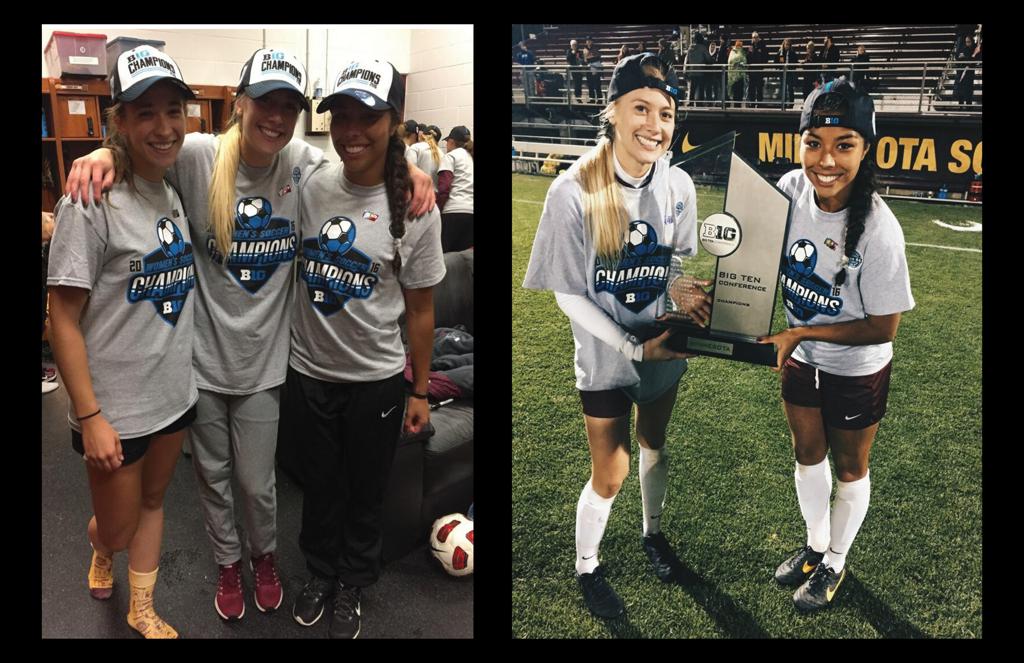