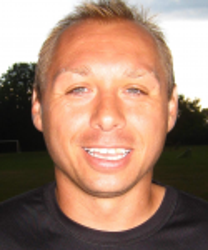 As a player, Sinisa captained the Yugoslavian Junior National Team before playing professionally in Serbia and Bulgaria.  He competed in the UEFA Cup for two-time Bulgarian State Champion Liteks.  Following his career in Europe Sinisa came to the Milwaukee Rampage, winning the A-League Championship in 2002-03.

Sinisa has coached nine NSU teams to state championships and two to Regional Championships. His U18 girls team was the first team in Wisconsin to play in the U.S. Youth Soccer National League. Sinisa holds a USSF "B" license and spent 7 years as a staff coach with Mequon Soccer Club developing boys and girls teams to compete at the highest state, regional, and national levels. In 2018, was recognized as 2018 Wisconsin Coach of the Year.